Please select a product to compare

Based on 16 reviews from blogs, youtube.com, reddit.com, and true.
Report 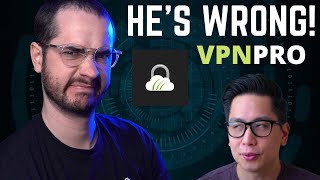 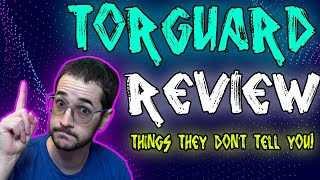 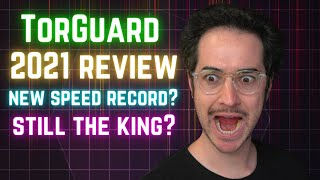 Is not using encryption on VPN software a bad idea if you're visiting secured websites?

Good job neglecting everything else I mentioned. TorGuard is still 30$ a year which is vastly cheaper than PIA which doesnt offer discount codes. And no I'm referencing the current 2019 speeds comparing both reviews.

Posted by Tomspark 2 years ago

Can anyone recommend another VPN provider, than Nord or Torguard? Main use case is for using public WiFi when travelling.

Posted by jimbokun 2 years ago

Our analysis shows how reviewers feel about different topics.

TorGuard's privacy policy is strong and is emphatic about its no-logging attributes. However, we'd like to see an audit to prove this. The apps themselves are unusually robust, providing a huge amount of privacy features like WebRTC and IPv6 leak blocking, plus the regulars like a kill switch.However, to get the most out of it, you'll have to do some tweaking, so it's not perfect for beginners

Second, so another thing is he made this whole thing like torga is just gon na give you information in the united states, but he states here that it has a no log policy. So if they don't collect logs, they have nothing to give over david from ovpn made this exact point. When he had to go to court over the pri the pirate bay, he couldn't give anything up to the swedish government, so they had nothing to give up and nothing happened. This is exactly what would happen with tour guard vpn, and this guy doesn't really seem to understand that

Vpn pro is an affiliate for tour guard vpn, so he could have made a discount code for you guys, which is 50 of these prices. In fact, i'm going to show you how easy it is to do just right here in case you're, watching the vpn, bro guy or anyone else who doesn't believe me. All you have to do is log into tour. Guard's affiliate panel go to like the create vouchers or whatever in the affiliate thing, so we're going to make the code called vpn pro guy create voucher and there you go

Furthermore, there’s a built-in kill switch that immediately ends your connection if the VPN cuts out.On the other hand, this level of depth could also be overwhelming for users who are less familiar with the technical side of a VPN. The default configurations won’t add much value on their own, so you should consider using a simpler VPN if you don’t think that you would tweak any settings.How fast is TorGuard?TorGuard’s download speeds centered around 125 to 150 Mbps when we connected from the UK

Is that a big deal? No, probably not. But the fact that you need an entirely different app to get the VPN to work is annoying, and it adds another step to what we’d prefer to be a very simple process. Other VPNs that offer mobile apps usually find a way to make them work without requiring a third-party app.

They do have really good support and it is actually one of the few vpns that does give you a phone number and you can talk to people which is pretty cool three. If you're in the us and a reasonable faq section, this vpn knows how to keep its users happy and then last but not least not only that, but for tour guard is also one of the few vpns that have an active forum community. Where you can ask any questions and stuff like that, they also have tons of blog posts showing how to use the the service itself. At least pricing

We were then encouraged to purchase the product and told we would like it. Not wanting to pay for something and not get our money back, we inquired how long it would take for us to get a refund if we canceled the product. The reply was a request for us to open a ticket. Needless to say, that interaction did not fill us with confidence